The suction force between the permanent magnet (probe) and the magnetic steel is proportional to the distance between the two, and this distance is the thickness of the cladding. Using this principle to make a thickness gauge, as long as the difference between the magnetic permeability of the coating and the base material is large enough, it can be measured. In view of the fact that most industrial products are stamped and formed by structural steel and hot-rolled cold-rolled steel plates, magnetic thickness gauges are the most widely used. The basic structure of the coating thickness meter is composed of magnetic steel, relay spring, scale and self-stop mechanism. After the magnetic steel is attracted to the measured object, the measuring spring is gradually elongated thereafter, and the pulling force is gradually increased. When the pulling force is just greater than the suction force, the thickness of the coating can be obtained by recording the pulling force at the moment when the magnetic steel is detached. Newer products can automate this recording process. Different models have different ranges and applicable occasions. This instrument is characterized by easy operation, durability, no power supply, no calibration before measurement, and low price. It is very suitable for on-site quality control in workshops.

When the principle of magnetic induction is used, the thickness of the coating is measured by the magnitude of the magnetic flux flowing from the probe through the non-ferromagnetic coating into the ferromagnetic substrate. The size of the corresponding magnetoresistance can also be measured to indicate the thickness of the coating. The thicker the coating, the greater the reluctance and the smaller the flux. The coating thickness meter using the principle of magnetic induction can in principle have the thickness of the non-magnetic coating on the magnetic substrate. Generally, the magnetic permeability of the substrate is required to be above 500. If the cladding material is also magnetic, a sufficiently large difference in permeability from the base material is required (eg nickel plating on steel). When the probe with the coil wound on the soft core is placed on the sample to be tested, the instrument will automatically output the test current or test signal. Early products used a pointer gauge to measure the magnitude of the induced electromotive force, and the instrument amplified the signal to indicate the coating thickness. In recent years, circuit design has introduced new technologies such as frequency stabilization, phase locking, and temperature compensation, and uses magnetic resistance to modulate measurement signals. It also adopts patented integrated circuit and introduces microcomputer, so that the measurement accuracy and reproducibility have been greatly improved.

The high-frequency AC signal generates an electromagnetic field in the probe coil, and when the probe is close to the conductor, eddy currents are formed in it. The closer the probe is to the conductive substrate, the greater the eddy current and the greater the reflection impedance. This amount of feedback characterizes the distance between the probe and the conductive substrate, that is, the thickness of the non-conductive coating on the conductive substrate. Since these probes specialize in measuring the thickness of coatings on non-ferromagnetic metal substrates, they are often referred to as non-magnetic probes. Non-magnetic probes use high-frequency materials as coil cores, such as platinum-nickel alloys or other new materials. Compared with the principle of magnetic induction, the main difference is that the probe is different, the frequency of the signal is different, the size and scale relationship of the signal are different. The coating thickness meter using the principle of eddy current can in principle measure the non-conductive coating on all electrical conductors, such as the paint on the surface of aerospace vehicles, vehicles, household appliances, aluminum alloy doors and windows and other aluminum products, plastic coatings, etc. layer and anodized film. The cladding material has a certain conductivity, which can also be measured by calibration, but the ratio of the two conductivity is required to be at least 3-5 times different (such as chrome plating on copper). Although steel substrates are also electrical conductors, magnetic principles are more suitable for this type of task.

How to Use a Force Gauge Safely? The Method and Development of the Bottle Cap Torque Tester Operation Precautions and Maintenance of Portable Leeb Hardness Tester Classification of Hardness Test Meters 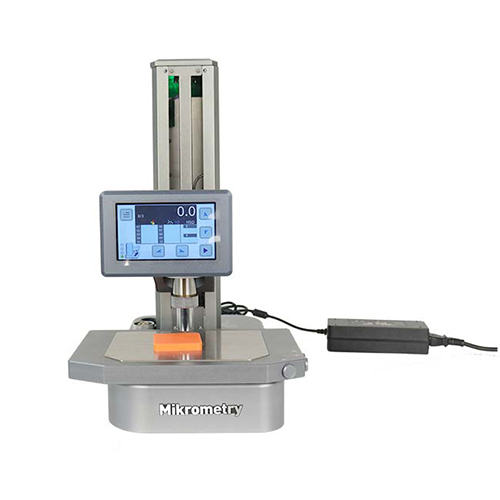 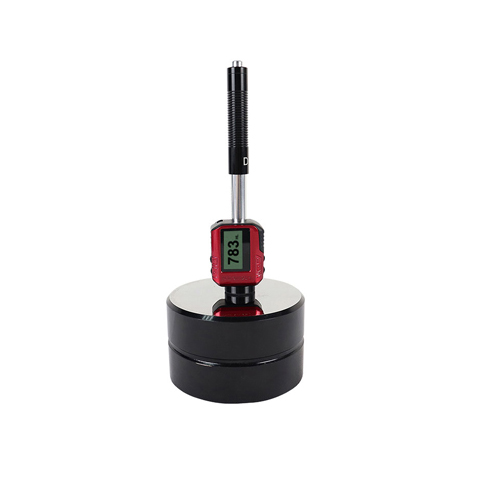 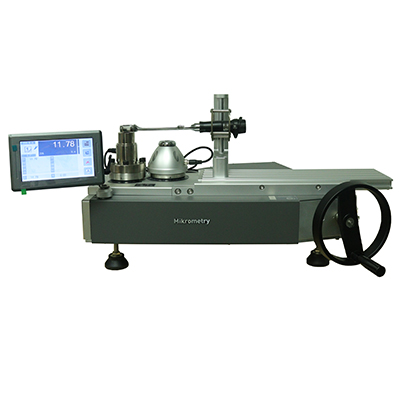